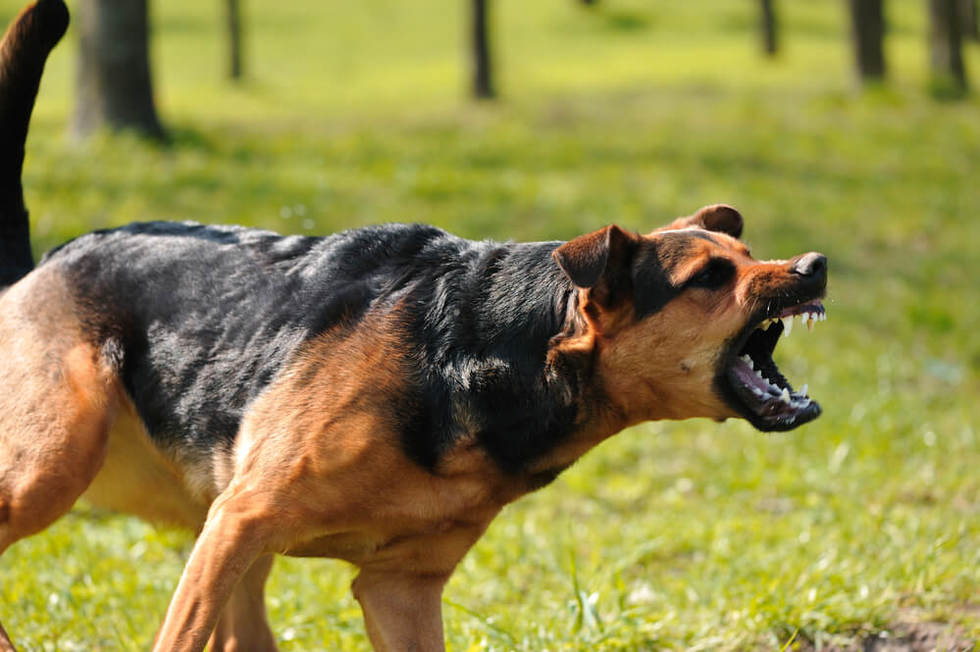 Many Americans are bitten by dogs each year, more than 4.5 million. Of those, few receive the compensation that they rightfully deserve, and many others do not even attempt to pursue compensation.

The number of dog bites includes bites toward the owners of some dogs in which there is otherwise a good human-animal relationship. A small bite out of annoyance of not being given a treat and a vicious attack by a hostile neighborhood dog against a vulnerable newborn should not be viewed the same, because they vary significantly in nature and severity.

Whereas the former is an example of a matter that does not involve dog bite lawyers, the latter example is a perfect instance of where attorney guidance and skill is beneficial because the damage can be severe.

Our Orange County personal injury attorneys at Timothy J. Ryan  have been assisting Southern California dog attack victims for over 35 years and provide each of their clients with a no-win, no-fee promise. Call (800) 838-6644 today to obtain a free consultation with our Orange County dog bite attorney and find out what your options are.

Dog Attacks By The Numbers

The occurrence of dog bite cases in the U.S. is a serious issue. According to the 2015 U.S. report by Dogsbite.org, 360 people have received fatal injuries from dog bites. Of these, pit bulls were responsible for 232 deaths or 62%, despite only representing 6.6% of all dogs in America.

When combined with statistics for Rottweiler bites, that number climbs to 76%. Other dog bite statistics you need to know include:

While state laws can certainly vary, all states have laws pertaining to occurrences like assault. When a dog is involved in a physical assault the authorities take notice. In California, dangerous dogs are taken seriously. Dangerous dogs are often untrained or improperly trained dogs who can act hostile and become a threat to public safety.

Presumably, responsible dog owners train their dogs to not harm other people, but clearly, this is not always the case since many individuals each year are bitten and seriously harmed by dog bites. When this happens, you need and deserve a dog bite lawyer who is competent and skilled in advocating for you by ensuring that the dog owner is held responsible.

In America, certain stereotypes are associated with certain breeds. As a culture, we are familiar with the boxer and pit-bull being more vicious and prone to attack than other dogs. What dog owners fail to realize is that every dog over a certain size has the potential to cause harm.

Cases are often related to the owner's treatment and the behavior pattern of the dog rather than the breed. Even small dogs can cause extreme harm to children.

A dog bite can leave serious and sometimes permanent injuries and scarring. Dog bite treatment can vary based on personal injuries received.  Common injuries from dog bites include:

Facial scarring is a devastating result of dog bites. Children are especially prone to wounds and scarring on their faces when attacked because their small height puts their face within easy reach of the animal.

Facial scarring can impact daily life for children or adults, leading to embarrassment and avoidance of others, in addition to requiring multiple expensive reconstructive surgeries. Puncture wounds can occur on any part of the body and can be incredibly deep and painful.

Sometimes puncture wounds lead to nerve damage, which could permanently impact a victim's ability to properly utilize limbs and lead to loss of sensation. With any dog bite, there is always a serious risk of infection which, if allowed to spread, could result in serious complications or death.

Finally, being attacked by a dog can cause serious and lasting psychological and emotional damage that may require therapy or medications.

When Should I Contact an Orange County Dog Bite Lawyer?

When a dog bite occurs, the home owner's insurance companies are usually on the hook. These insurance companies do not want to pay injury victims the money they deserve, they want to pay them as little money as possible so they can make as much profit as possible. When they know you are represented by a firm that has a proven record of success, they'll be more willing to negotiate.

If you have been the victim of a serious personal injury due to a dog bite, Huntington Beach personal injury attorney Timothy J. Ryan can provide the knowledgeable representation you need to help you recover the compensation you deserve in the form of a dog bite settlement or verdict.

Call (714) 898-4444 to take advantage of a free one-on-one consultation. We'll let you know what options you have available to you and to answer any questions you may have. The consultation is free and there is no obligation to retain our services.

NO WIN,
NO FEE