E-Cigarettes: Are They Really Dangerous?

What is known about electronic cigarettes is that they are popular and they have been involved in a number of instances that result in serious injuries, with some victims narrowly escaping death.

Known Incidents of E-Cigarette Use Resulting in Serious Injury 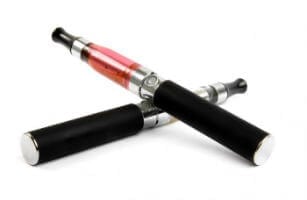 If you ask U.S. safety officials, they will tell you that explosions and/or fires caused by e-cigarettes are not common. However, the damages caused by these devices have resulted in catastrophic and life-threatening injuries.

29-year-old Cordero Caples suffered facial fractures, a broken neck, severe burns and broken teeth when his e-cigarette exploded. According to a fundraising post created by his sister, Caples was using a Kangertech produced e-cigarette. Little is known about why the injuries occurred.

Evan Spahlinger, a 21-year-old residing in Florida, was found by his sister after she heard a loud bang from the room next door. When she found him, he was covered in soot from head to toe and making gagging noises. He was immediately taken to the hospital.

Doctors who treated Spahlinger stated that the e-cigarette seemingly exploded, and that the mouthpiece was projected down the victim's throat and possibly exploded a second time within his lungs.

Jennifer Ries of Corona, California suffered severe burns to her thigh, buttocks, and hand when she plugged in her e-cigarette and it spewed burning hot liquid onto her dress, igniting it. She was treated at the hospital, and later sued the manufacturer and distributor (VapCigs and Tobacco Expo). She was awarded $1.9 million for damages caused.

23-year-old Bakersfield, California resident, Vicente Garza, suffered serious injuries while using his e-cigarette in October of 2015. According to Garza, the e-cigarette exploded in his face. In addition to serious damage to his mouth, part of his left index finger had to be amputated as a result of the explosion.

In California, when a person suffers serious injuries as a result of another person or company's negligence, the injured person has the right to pursue compensation for their damages from the responsible person and/or company.

The question is: did the manufacturers of the e-cigarettes and/or vaporizers responsible for the serious injuries mentioned above know that those devices were dangerous? Even if they didn't know, but should have known, considering how dangerous the product is, it may be determined that their lack of knowledge and research on their own product was negligent in itself.

In cases where e-cigarette users modify their e-cigarettes themselves prior to their device exploding, questions of whether or not the victim is responsible for the explosion will need to be answered to determine liability. If a person modifies a product in such a way that it makes the product dangerous, that person may be determined to be partially responsible.

Partial responsibility does not mean that the victim cannot be compensated for their medical expenses or pain and suffering, it just means that they will not be fully compensated. They will be partially compensated in accordance with what is determined to be their level of accountability.

Help for Victims of Exploding E-Cigarettes

If you or your loved one have been injured by an exploding e-cigarette, seek medical attention as soon as possible. Common injuries associated with these defective devices can lead to permanent disfigurement and possibly death.

Those who need to be compensated for medical expenses incurred from an exploding e-cig should contact a personal injury attorney in their area that they trust for a free case evaluation. Those who would like to contact Timothy J. Ryan & Associates for a free consultation can do so by calling (800) 838-6644 to receive assistance day or night.