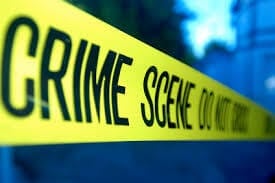 An altercation took place near a strip club in Anaheim early Thursday morning. The result was the death of a 26 year old man who worked at the club. The police report has already provided all of the details and investigations are still being carried out.

The fast food Del Taco is located close to the strip club, which is near La Palma Avenue on the 1140 block of Magnolia Avenue.

The man later died at the hospital according to the coroner's office. The man who was found was Davoriol Wright.

Investigators spoke to individuals and conducted a full investigation. It was discovered that Wright along with two other employees of the club were arguing within close proximity to the drive through lane of the Del Taco. They were arguing with a group of people who were traveling inside of a dark SUV, according to reports from Dun.

The verbal argument quickly turned into a physical one. Wright and his friends reportedly assaulted the three people inside of the ark SUV. The driver of the SUV then sped away, hitting Wright in the process

The collision was first explored as a potential homicide. After further investigation, it is being explored as something else. The police have been able to make contact with the man driving the SUV along with the two passengers. As of Thursday afternoon, however, no arrests have been made regarding the death of Wright.

The police have impounded the SUV because it is part of the evidence involving the case. Investigators are still looking at why the two groups were interacting and what they were arguing about. Witnesses are being sought by the police in order to provide additional details as to what happened on that evening.

Motor vehicle traffic crashes happen throughout the state of California on a daily basis. In 2012, there were 30,800 fatal crashes and approximately 4,700 of them included pedestrians. What occurred between Wright and the driver and passengers of the SUV is seen as a motor vehicle accident because Wright was struck by the SUV. Wright was on foot and not protected by a vehicle. The other people in Wright's group have not come forward to discuss any of the details, nor has anyone else.

The case will continue to be pending until the investigation is complete and witnesses are obtained.

Have you or your loved one suffered injuries in an auto accident? You don't have to go through it alone. Contact our motor vehicle attorneys today to find out what options you have available. Call (800) 838-6644 to receive assistance from attorneys with a long history of success who have recovered over $1 billion on behalf of their clients.